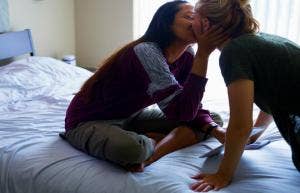 If you're tired of the same-old kissing routine, kick things up a notch with these hot kissing techniques and tips for on how to be a good kisser, all written by an expert.

0
How I Lost Myself To The Idea Of Love: A Cautionary Tale
19 September 2020, 07:05
Photo: vientocuatroestudio / Shutterstock 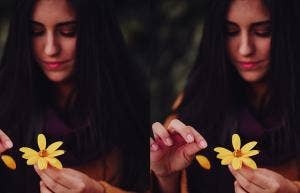 "Tell me about your sister," I said.

Travis sat on the adjacent barstool, bright-eyed, amused by the lightness of our rapport. "That's how you describe your sister?" I asked in mock reprimand. "There has to be more."

"She lives in San Francisco," he added. "And...I don’t know. She's short. She really is." We both laughed at the ridiculousness of it. I talked about my own sibling, a brother I love who's brilliant, creative and looks just like me.

I'd met Travis online. Though his profile was blank, there was something in his face that captured my fascination. An intense gaze. An earnest countenance. A wisdom that radiated.

The very next day, by some fateful coincidence, I'd stumble upon a random insight into Travis. Sitting at my laptop, I received a Facebook message from my friend Ian.

I clicked over to his profile, as one does, to see what he'd been up to. Five photos in, I saw a man. The man was Travis. It had to be. I switched over to Travis' online dating profile, examined the photos side by side like an FBI detective. Could it be?

"Ian, I have a weird question," I wrote. "Who is the guy standing next to you in this photo?"

"Oh, he was dating my friend Jennifer, the girl to his left." Stomach plummet. "When did they break up?"

"Just a couple of weeks ago. She was very upset."

"Oh," I wrote, "well I’m kind of probably going out with him soon. I met him online."

"That’s great," said the ever upbeat Ian. "Did she have anything to say about him?" I probed.

"I don’t know. But he broke up with her, so I don’t think she has a very high opinion of him."

"Oh," I typed again. Thud, went the other shoe. How could he move on so fast? I momentarily worried. Then I thought, tabula rasa. We all deserve a clean slate.

Plus, Travis' correspondence was charming in a way that felt right.

I was becoming charmed by the idea of love.

Despite my newfound knowledge, my intuition said "yes." Travis and I resumed our chat and made a date.

He'd picked a quiet, dimly lit wine bar in the West Village. I arrived early; he'd arrived earlier. He flashed a smile of recognition and stood up to greet me with a warm embrace. I felt completely at ease; not an ounce of hesitation. He had no problem with eye contact. He had the confidence of a man who'd never had trouble getting women.

We bonded over our creative pursuits, a fondness for Louis CK and Woody Allen, our New York stories, our similar upbringings. He'd asked me what my best first date was. This one, I'd answer later. But instead I told the story of being escorted to the VIP section of a swanky, celeb-riddled nightclub and coming face to face with Vince from Entourage, who was my date's acquaintance (and my raging crush at the time).

RELATED: I "Negged" Men At The Bar To See If This Awful Flirting Tactic Works

Mind you, I didn't for one second think, he is going to be my next boyfriend. I was drawn to Travis in every way but physically. Slight in build and effeminate in demeanor, he wasn't the alpha male I was ordinarily drawn to. These qualities —among many more—I would come to adore one day, in the familiar way that a loved one's quirks and gross habits grow sexy and endearing.

Bouncing down the subway stairs, I pivoted coyly to see him watching me, grinning. I was running on pure adrenalin — and zero common sense. We had discussed his serial monogamist past, the trauma he'd endured when a woman broke his heart by packing up and moving out on him one day without warning. We discussed his most recent relationship — the one I was privy to — and how it ended. I didn't want to freak him out, so I hadn't mentioned the coincidence. But his story checked out. I trusted him. I wanted to see this man again. I was sure.

I finally told him the story of Ian, and the photo of himself and his most recent ex in Ian's Facebook profile. Travis was not as shaken as I'd feared. Instead, he was intrigued. When something happened — good, bad or neutral — he always wanted to know, "What can I learn from this?" That inspired me. Travis inspired me.

For my February birthday, we braved a snowstorm to enjoy a seafood feast, and for Valentine's Day, we eschewed tradition and crashed at home after a long day of work. "I'm getting home a little later tonight and I'm worried I won't be able to make the dinner I'd planned," I fretted via text.

"I don’t care if we drink Coke and eat Cracker Jacks. I just want to see you," he actually said.

As much as we were bonding, though, I could feel we were keeping each other at arm's length. Painful experiences, coupled by personal hang-ups, can lead to walls built so stealthily that even you yourself are oblivious to the distance they create. Regardless, I thought, we're getting to know each other. This is normal.

Part of the package with Travis was that he traveled for work much of the time. To my surprise (and joy), I was not only comfortable with the situation, but genuinely excited for his experiences: a weekend in Chicago here, a week in Paris there, five nights under the gleaming stars of Austin — all expenses paid. Sometimes he'd be gone for several weeks at a time.

It was no secret that the relationship was on his terms, although I justified that dynamic.

His travel schedule didn't give us much of a choice; I had to understand — or I had to walk away. I chose to stay. Besides, I have a busy life too, and the time apart allowed me to focus 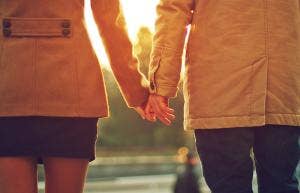 The divorce may be over, but you can still go to bat for your ex-husband when it comes to dating. Here's why you should date my ex-husband.

Keywords: Dating, dating after divorce, Divorce, ex-husband, how to move on from the past 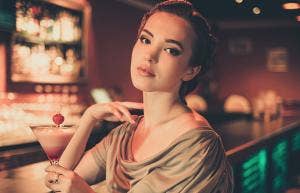 Does negging work? In case you haven't heard of the latest thing men are doing to get women interested in them, allow me to explain what negging is and why I tried to use the controversial tactic to see if it attracted men. 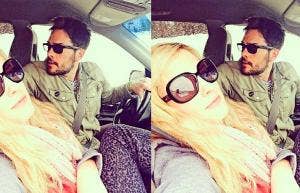 One couple is divorced ... and dating each other again.

0
My Dating Profile Is Brutally Honest And Nobody Will Date Me
17 September 2020, 07:05
Photo: kiuikson / Shutterstock 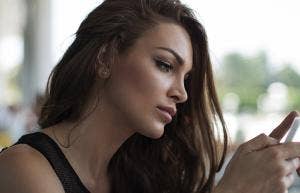 In the search for love, having a brutally honest dating profile can sometimes work against you. 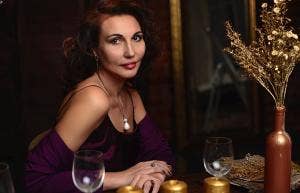 Why do older women want younger men? It's not always about physical connection for cougars.

0
If You Do These 7 Things, You're More Attractive Than Everyone Else
09 September 2020, 07:05
Photo: Lifestyle and Wedding ph / Shutterstock 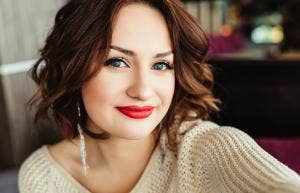 To be more attractive, there are certain qualities your dating profile must have in order to attract matches. Here's 7 ways how to be attractive.

Keywords: attraction, Dating, dating advice, how to be attractive, attractive

What happens if you meet someone you really like, and then you find out they just got out of a relationship? Is it the real thing, or just a rebound relationship? Here are 8 signs you're just a rebound, and that it's probably going to end in heartbreak. 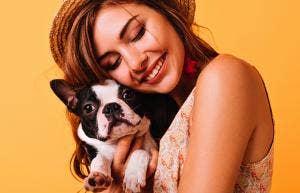 What makes someone attractive? According to science and facts about attraction, there are many combinations of genetics and biology in play.

We use cookies to improve your browsing experience and to maintain the proper functioning of this website. If you keep using our website, we assume that you are ok with that. For more information, read our policy.