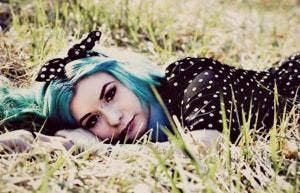 Confident, charismatic, and overwhelmingly charming, there are few who can compete with a narcissist when it comes to making a fantastic first impression.

More than simply someone who likes to look in the mirror and talk about themselves, narcissists are master manipulators with a strong objective to objectify and an inability to empathize.

These men and women will do every possible thing they can to suck every last ounce of dignity and security out of their partners.

RELATED: 6 Signs You're In Love With A Serious Narcissist

And a relationship with them can be more than painful — it can be downright dangerous.

Here are 20 signs you might be dating a narcissist (only a professional can say for sure), and the many ways they'll ruin your life.

Even if they aren't Johnny Depp "gorgeous," their confidence, charm, and ability to "own a room" is an initial turn-on.

Until, of course, you're in your 30th conversation where you're being dominated, condescended, and shocked by their arrogant peacocking.

2. They mistake kindness for weakness.

Anyone who has ever found themselves pleading with a narcissist knows that the kinder you are, the meaner they become. These folks feel entitled to be cruel and will even go so far as to congratulate and brag about their ability to "cut people out," be "harsh," and humiliate others.

You may hear these kinds of statements slowly in the beginning, but because they're so "wonderful" in other areas at the time, you may write them off as situation-specific, or think you're misunderstanding them. You'll only really understand how serious of an issue this is during the discard phase when their lack of empathy comes out in its most concentrated form.

Victims will be treated in such a dismissive manner, and with such brutality that many will be left feeling they had to have caused it as no normal human being would ever respond that way over something so small or "nothing".

That's the point you need to hold onto. No "normal" human being would.

RELATED: 10 Ways To Spot A Narcissist On A First Date

Narcissists are masters of "love bombing," which is "an attempt to influence a person by lavish demonstrations of attention and affection."

In the beginning of your relationship with them, they will text you constantly, want to see you as much as possible, and tell you all the things you want to hear: you're perfect, you're an "angel from heaven," you're extremely smart, and so on.

They do this to make you dependent on them, while also testing your boundaries. Are you going to back away or go with it? Will you reciprocate and follow suit? This shows them how much self-confidence you have and how strong you draw a line in the sand.

Once they discover that you're human, holy devaluation, Batman! You'll not only be told the opposite, but you'll be punished for your "imperfections," which are often exaggerated and sometimes nonexistent projections.

Punishment often includes terrible statements meant to degrade, demean, humiliate or stonewall you (not allowing you to express yourself). They withhold affection, and of course, give you the infamous narcissistic misericorde, aka the "silent treatment."

They may even spread nasty rumors about you behind your back.

4. They're incredibly jealous of others.

Successful and happy? Good looking and confident? Have a lot of friends or are a great cook? You're screwed.

Remember the business card scene in American Psycho? The narcissist I was with told me he related to that scene as though it was perfectly normal.

Narcissists also tend to be very jealous partners but only because, in their mind, you're a mere extension and a source of narcissistic supply, which they need to keep close and under their control.

They will often be very threatened by any success or attention you receive for fear they will lose access to said supply and either react with anger or faux caring.

Don't make the mistake in thinking it's you they want; it isn't. It's your attention, good or bad. That's it.

RELATED: How To Instantly Spot A Sociopath Or Narcissist

5. They're prone to cheating.

Will they forgo narcissistic supply in order to protect your feelings, which they don't understand, relate to, or care about? Guess how that one goes. Hell, they may even do it just to hurt you.

Cerebral's only have it on occasion to keep their source of supply (their partner) from leaving them.

7. They're big on threesomes.

No, not those kinds.

Narcissists love to set up "triangles" where their partners feel "at odds" with someone else, and jealousy and fighting for love and attention can ensue (ah, the supply!).

This could be with an ex, a mother, or a friend, but the point is to make sure they're at the center of attention and desire.

This is known as triangulation and it's meant to make you feel insecure, undesirable, and keep you anxious and "on your toes."

8. They're Einstein and you're an idiot.

Not really, of course, but narcissists truly believe they're the only people left on earth who know anything, maintain any culture

We use cookies to improve your browsing experience and to maintain the proper functioning of this website. If you keep using our website, we assume that you are ok with that. For more information, read our policy.